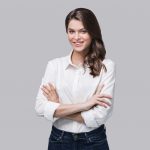 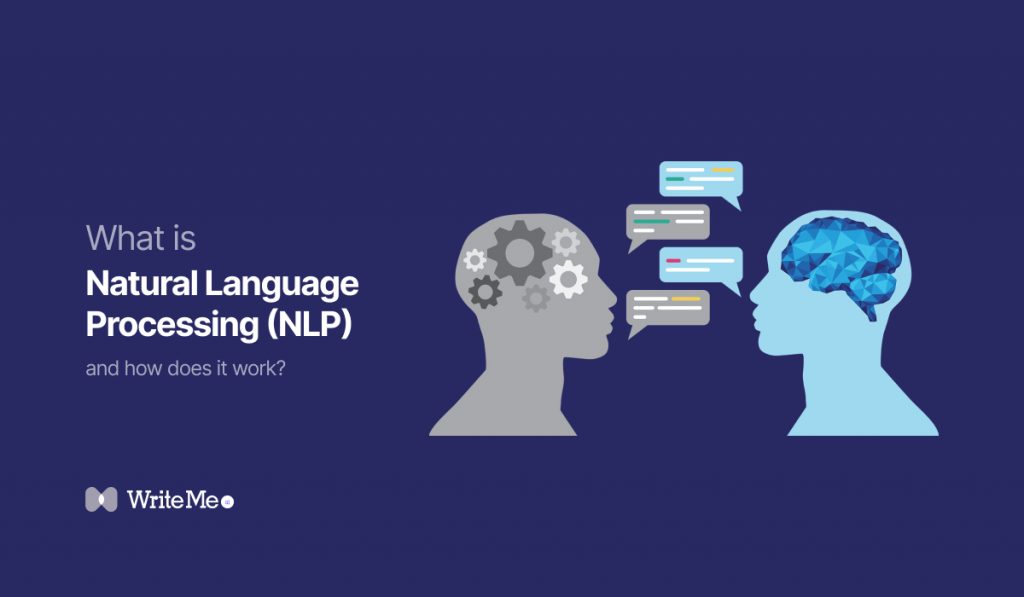 What is Natural language processing? The question baffles every beginner AI enthusiast. The more you know about Natural Language Processing applications, the more it leaves you astonished. Here is all you need to know about NLP and its applications.

The Importance of Natural Language Processing

NLP allows machines to understand human language. It bridges the human-to-machine gap by using Artificial Intelligence (AI) to process text and the spoken word. It’s a form of AI that manipulates and interprets human language. It uses computational linguistics (the parsing out of parts of speech and words into data). NLP consists of two branches. Natural Language Understanding (NLU) extracts the meanings of words by studying the relationships between them. Natural Language Generation (NLG) transforms data into understandable language. Thus, it can write sentences and even paragraphs that are appropriate, well-constructed, and often personalized. It allows computers to create responses for chatbots and virtual assistants. Furthermore, it can write subject lines for emails, and compose advertising copy for marketing tools.

You can also think about it another way. NLU focuses on your computer’s ability to read and listen (speech-to-text processing). NLG allows it to write and speak (text-to-speech). Both are part of NLP. And Natural Language Processing applications are everywhere. Intelligent Personal Assistants (IPAs) answer customer questions. Voice assistants like Siri respond to commands. Marketers use it to create custom content, personalize or push specific promotions, and personalize offerings. Auto-complete and auto-correct functions in texting either help you or drive you nuts. Machine translation tools clue you into words from other languages. Even brick-and-mortar stores can take advantage by custoMizing individual stores’ landing pages. Thus, they can show local hours of operation, addresses, directions, and additional information.

What is the Difference between NLP and Computational Linguistics?

The term “natural language processing” was coined by Michael Brady in 1959 for his work at IBM on an application called “A computer program for American English grammar checker”. In 1965, he also published a paper titled “A Program to translate poetry from Chinese into English”. It was one of the first works where machine translation involving application of NLP to solve to practical problems. The field has since grown beyond recognition. With the development of many new applications, such as Siri or Google Translate, every year.

How does Natural Language Processing Work?

Natural language processing is a very broad field and there are many different approaches to solving the same problem. The most common approach is to use machine learning algorithms. Large amount of data trains these algorithms. There are also some more specific approaches such as using logic programming or symbolic reasoning. In this article we will focus on the most common approach which uses machine learning algorithms.

The first step in NLP is usually to break down the text into smaller pieces called tokens. Tokens can be words, numbers, punctuation marks etc. After breaking down the text into tokens it’s possible to do some basic analysis such as counting how many times each word appears in the text or finding out what part of speech each token belongs to (noun, verb etc.). This process is tokenization and its success is based on regular expressions. Expressions are simple patterns for matching characters or groups of characters in a string of text.

There are many different approaches to part-of-speech tagging but they all work with the help of machine learning algorithms. A large corpus of text trains these algorithms. The most common approach is maximum entropy. It uses a statistical model for predicting the probability that each word belongs to a certain part of speech.

After part-of-speech tagging, comes parsing. In this step, sentences are broken down into smaller pieces, such as phrases or clauses. This process uses recursive descent parsers which are very similar to regular expression. However, the only difference is that they are applied recursively over an input string instead of matching characters one at a time. For example, here’s how you would write a regular expression for matching English sentences:

Here’s how you would write the same thing as a recursive descent parser:

The last step is to do an analysis on the parsed sentences. The analysis usually finds out which words are most important or which parts of speech are used most often etc. This process is called semantic analysis. It’s usually done by using statistical models. These models have been trained on a large corpus of annotated data. Annotaded data is where each token has been labelled with its part of speech. The most common approach is called latent semantic analysis. It uses a statistical model for predicting the probability that each word belongs to a certain part of speech.

What is Natural Language Processing Revolution?

The recent advancements in the machine learning regimen has led to the development of GPT-3 language transformers. GPT-3 is preferred transformer as it can:

GPT-3 is gaining popularity in content generators as it is quite useful in composing short form and long form content. This transformer can not only compose tweets and press releases but also long blog posts and computer code. GPT-3 is based on Natural Language Generation principles. Thus, it can create easy-to-understand summaries and responses. Moreover, it can also generate contextual keywords automatically based on input. GPT-3 has opened new avenues of deep learning in machine learning. Therefore, it has made it very easy to generate social media copies and content everyday.

Here is How Google uses NLP – The Case of BERT

Bidirectional Encoder Representations from Transformers or BERT is an NLP derived artificial language model. BERT is currently being used by top businesses like Google, AWS, IBM, Microsoft and Baidu across a range of applications. Before BERT, Google relied on other language models for understanding the human language inputs at various fronts. However, BERT has a better application as it allows Google to reach beyond the search. Moreover, it can know more about the context of the human language.

BERT takes into account all surrounding words of a target word. Instead of focusing on the words immediately before or after the target word, BERT better understands user intent. Therefore, BERT carefully finds the context of every word. BERT enhances user-friendliness and allows Google to better understand and respond to user queries. Since BERT is fed with over 2.5 billion words, it has the capability to understand new words. Therefore, it massively helps Google to offer relevant search results for misspelled or poorly worded search queries.

BERT can break down complex syntax queries and figure out the request semantics. It helps Google users, who are attempting to speak computer, to get better results based on keywords. Moreover, BERT can also account for a word’s context. Thus, it can distinguish whether a specific word is used as a noun, a verb or an adjective. Google uses BERT to optimize its search accuracy and extend its reach into summarisations and chatbots.

Also Read: What is natural language processing (NLP) & how does it work?

What are Natural Language Processing Applications?

Information retrieval (IR) refers to all kinds of techniques to find documents that match a query. The most common application of IR is search engines which have become an essential part of our everyday lives. With services like Google, Bing, Yahoo etc, information retrieval is quite common. There are many different approaches for building search engines but they all use machine learning algorithms. The most common approach is latent semantic analysis. It is a statistical model for predicting the probability of each word belonging to a part of speech. This approach has been very successful but it’s also very hard because it requires training models on huge amounts.

Text mining refers to all kinds of techniques for extracting information from documents. The most common application of text mining is document classification. The goal is to assign labels to documents based on their content. For example, you could use text mining to automatically label news articles as either positive or negative. There are many different approaches for building document classifiers. However, they all use machine learning algorithms. The most common approach is latent semantic analysis. It is a statistical model for predicting the probability that each word belongs to a certain part of speech (noun, verb etc.). This approach has been very successful but it’s also very hard because it requires training models on huge amounts.

Question answering systems are used in chatbots and virtual assistants. Their goal is to answer questions from users as accurately as possible. In this article, we will focus on question-answering systems. However, there will be some examples of information retrieval and text mining at the end. There are many different approaches for building question-answering systems but they all use machine learning algorithms. Large amounts of data, such as Wikipedia or news articles etc, train these algorithms. The most common approach is latent semantic analysis. It is a statistical model for predicting the probability of each word belonging to a part of speech. This approach has been very successful but it’s also very hard because it requires training models on huge amounts.

Speech recognition is the process of converting speech into text. SRP is the reverse process, converting text into speech.

The speech recognition system is based on the Carnegie Mellon University Sphinx project. The system uses a Hidden Markov Model (HMM) to model the acoustic and language models of the speech signal. The HMM uses a large corpus of recorded speech for training. Later, it recognizes new utterances.

Moreover, the speech production system uses an articulatory synthesis model that has been trained using data from many speakers. Thus, this model synthesizes new utterances in a variety of languages, including English, French, German and Spanish.

Machine translation is a technology that allows you to translate text from one language into another. It is useful in NLP for translating the contents of documents and websites into English.

How does machine translation work?

Machine translation uses computer software to analyze the structure of words and sentences in a document. Moreover, it can analyze sentences on a website, and convert them into equivalent text in another language. The process involves breaking the original text into its component parts (words, phrases, etc.).

Later, the bits are reassembled in a different order. This means that machine translations are not always accurate or natural-sounding. They can also contain errors due to differences between languages (for example, word order). Therefore, Machine translations find their best use as a starting point for human translators. These translators can correct any mistakes before they become part of the final product.

Social network filtering and analysis is a process of identifying the people who are most influential in a social network. This process involves looking at the connections between individuals, and at the content they share.

You can use NLP to identify the people who are most influential in a social network based on their connections. The ‘People’ tab on the left-hand side of your screen is useful to do this. You can then click on ‘Connections’, which will show you all of the connections between individuals. The more connections an individual has, the more likely they are to be influential within that community.

You can also look at how many followers an individual has, or how many retweets and likes they have. These metrics give you an indication of how much influence someone has within that community.

If someone has lots of followers and retweets, it suggests that they have high levels of influence within that community.

Suggested Read: How Can AI Help With Content Marketing?